WELCOME AT YOUR DENTIST-BLOG!
(translation of my article at the top of site / from 19. september 2014)

2010 i made a report against my dentist Miss S. because „dangerous bodily harm“. (§224 of german „Strafgesetzbuch“)  After that i was maltreated at dentist clinic X and my patient documentation disappered forever. After that more dentists, and other doctors too, maltreated me again.

Partially i can malpractice verify. To S and X i can verify careless criminal assault. My report against dentist S was discontinued because the result of the mdk-expertis of consultant Mister M. But M told in his expertis several lies. My own former advocat lies too, but for the advantage of S and X. The medical results of S, X and the other dentists are miscelanneous teeth-damages. And i have until today not medicated premeditated violations of my Abdomen: physical abuse a few hours after my hernia-operation, in hospital.
Juristic success: the duty lawsuit of dentist against me collapses at the court. Offender dentis miss K (two successful mdk-expertis against her) had to pay new production of her teeth-bridge. Later in a other mdk-Expertis they determined massive malepractice of dentist miss S and of oral-surgeon mister E. Order of the foul deed: above at „ROTER FADEN“: there you see a longer summery with more details but in german.

Of course, greed is not a special problem of doctors, it is a problem of almost all people: normally, greed of people is bigger than their heart. Doctors are not worse than other people. The main topic of this blog is: Doctors have very good opportunitys especially to commit bodily harms without getting a penalty. I show this using the example of series of violence dentists (and other doctors) did to me.
I`ll be glad about your feedback, best as a comment here, yours Wolfgang, Berlin / Germany. 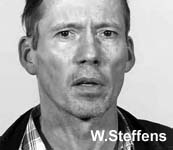